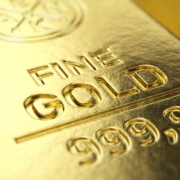 Last week was a challenging week for the reflation trade. Commodities & EM assets took a pounding as negative economic news out of China intensified and the dollar strengthened on the back of tapering sentiment. However, throughout the carnage last week, gold was one of the few assets in the green, reaffirming its status as a safe-haven asset.

It was also reported last week that Palantir spent $50.7 million on 100-ounce gold bars as part of its hedging strategy against black swan events. So while gold’s perceived role as a protection against the end of the world remains intact, its role as an inflation hedge appears to have come into question recently. From about June when the Fed pivoted to a hawkish stance, a notable deviation in gold’s relationship with real yields began to emerge.

Given this chart set up and market expectations of further inflationary pressure, being long gold seemed like a no-brainer trade. However, over the past several weeks gold’s reaction to economic data has been somewhat counter-intuitive. Any data signaling that the US economy was running hot seemed to deepen this dislocation and drive the gold price lower, while data suggesting a cooling off led the price higher.

It’s not unusual for assets to deviate momentarily from their historical behaviour. Following the initial shock from the pandemic outbreak in 2020, gold’s safe-haven status briefly came into question. Its price fell sharply alongside most securities as global assets approached a correlation of 1. The reason for this was purely positioning and liquidity. As many investors liquidated their positions and withdrew money from investment accounts, portfolio managers were forced to sell their gold holdings instead of locking in losses from their equities positions. However, as this phenomenon faded gold rallied as there was no fundamental reason for it to remain weak.

We would argue that this recent dislocation in the relationship between gold and inflation expectations has been driven by the current narrative around the US Fed tapering. The surprise hawkish pivot in June signalled to the market that the Fed’s tolerance for inflation is much lower than they led us to believe. Prior to this shift, the Fed’s messaging around flexible average inflation targeting (FAIT) suggested they were willing to let the economy run hot and allow inflation to stay above their 2% target for a while. This is an environment that favoured gold as an inflation hedge. After the shift however, any economic data suggesting inflationary pressures meant that tapering and higher rates would be coming sooner than initially expected to fight inflation. This weakened the case for holding gold as an inflation hedge. We do not expect this phenomenon to persist for very long.

This week we have Jerome Powell speaking at Jackson Hole where he is largely expected to mention the Fed’s taper plans. We think this would go a long way towards resolving the uncertainty factor driving the unusual trading dynamics around inflation. However, given the resurgence of virus fears and lockdowns around the world, we see Powell being hesitant to signal any firm positions around tapering. He will likely mention the Delta variant and that its impact on growth will likely be a key factor for the Fed going forward. We think this could lead to further flattening at the long end of the curve after Jackson Hole. In addition, given the seasonal nature of the virus we could be entering a prolonged risk off period – which would be a positive driver for safe-haven assets such as gold.

Disclaimer
Whilst all care has been taken by Kaon Capital (Pty) Ltd (“the Company”) in the preparation of the information contained in this report, the Company does not make any representations or give any warranties as to their correctness, accuracy or completeness, nor does the Company assume liability for any losses arising from errors or omissions in the opinions, forecasts or information irrespective of whether there has been any negligence by the Company, its affiliates or any of its officers or employees, and whether such losses be direct or consequential. Nothing contained in this document is to be construed as guidance, a proposal or a recommendation or advice to enter into, or to refrain from entering into any transaction, or an offer to buy or sell any financial instrument. This document contains information which is confidential and may be subject to legal privilege. Irrespective of whether you are the intended recipient or not, you may not copy, distribute, publish, rely on or otherwise use anything contained herein without our prior written consent. Some of our communications may contain confidential information which could be a criminal offence for you to disclose or use without authority. If you have received this communication in error, please notify us at the address below and destroy the communication immediately. This communication is not intended nor should it be taken to create any legal relations or contractual relationships.
Kaon Capital (Pty) Ltd is a trading member of the Johannesburg Stock Exchange (JSE).

A Twist of FAIT
Scroll to top