Support for Team Transitory has been waning in recent weeks as pressure on prices continues to mount. Although the Baltic Dry Index fell by about 9% last week and we are starting to see some progress in tackling supply chain issues, there is still a long way to go before normalisation is reached. Meanwhile, with US earnings season underway, some companies have said they plan to raise their prices to keep up with rising input costs. Procter & Gamble in particular stated that they do not expect any easing of commodity price pressures. Fund managers seem to share this sentiment as they flagged inflation as their biggest tail risk in the most recent BoFA Global Fund Manager Survey. The survey also showed a narrowing of the gap between “transitory vs permanent” compared with a month ago. 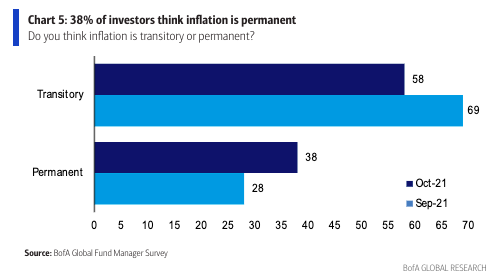 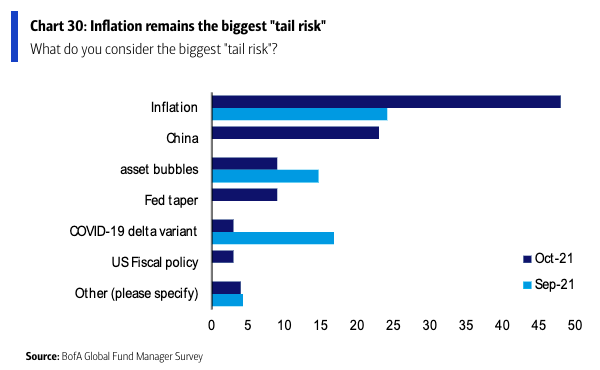 We remain long-term bullish on commodities as the inflation theme continues to gain momentum. Financials also tend to hold up well in this environment. However, a key risk to this positioning remains China and weakening global growth. This risk has now popped up on fund managers’ radars as the number two tail risk after not really being seen as an issue last month. We have also seen that Chinese authorities can flip the switch overnight and enact regulatory pressure on any industry. Recent strong intervention in the coal market to ease energy cost pressures also had a negative impact on our recent bullish call on Thungela Resources.

Looking at currencies, the dollar is starting to show signs of recovery after being on the backfoot for the better part of the last two weeks. We think the hawkish re-rating of front-end rates across other developed markets may have played a role in dollar weakness over the past two weeks as the US vs RoW divergence narrowed. It’s hard to see this indiscriminate trend of global front-end rates moving up together continuing for very long given fundamental issues affecting some of these economies. For instance, Australia’s RBA has been very clear in its forward guidance that it doesn’t see conditions for a rate hike before 2024. The growth slowdown in China also has a negative impact on Australia’s economy and this comes on top of rising tensions between the two nations affecting trade. So as the mispricing in front-end rates begins to normalise, we expect to see the dollar regain its strength.

Despite the carnage in other emerging market currencies such as Turkey and Brazil, the rand has held up quite well and has been one of the better performing emerging market currencies alongside the Russian ruble (which has likely benefited from rising energy costs). A key risk event coming up is the FOMC meeting on the 3rd of November where the Fed is expected to announce the beginning of their tapering program. In his remarks last week Friday, Fed Chairman Powell reiterated that he thinks it’s time for the Fed to taper but stressed that it’s not yet time to raise rates. However, his speech did give the impression that the Fed is now on edge with regards to inflation being more persistent than previously thought. A key statement he made was that Fed policy should be positioned for a “range of outcomes”. This implied flexibility could be interpreted as the Fed being open to being more aggressive should inflationary pressures continue to surprise on the upside. The Eurodollar market has certainly been pricing rate hikes being moved forward and this price action intensified last week Thursday and Friday before pulling back this week. 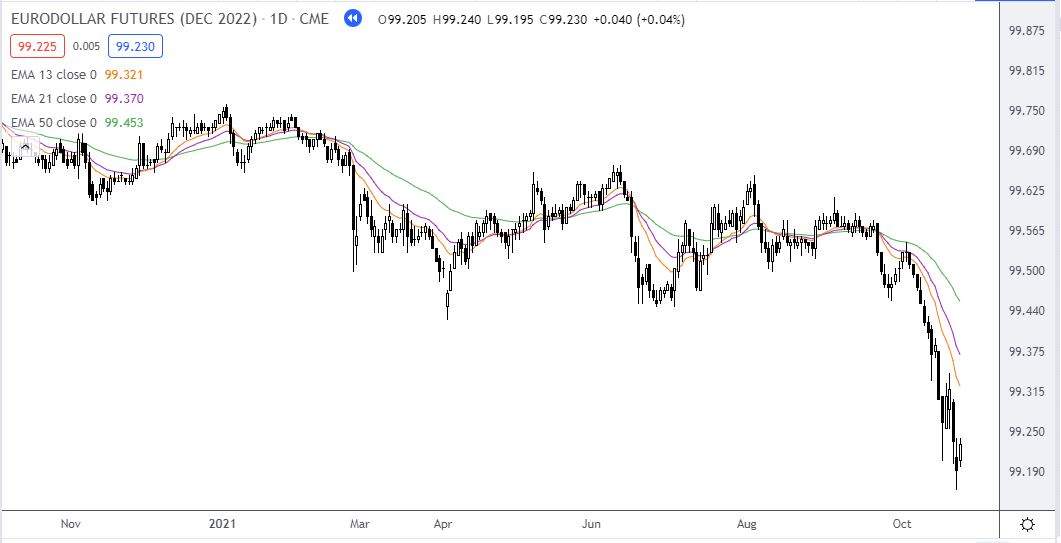 The next few CPI and PCE prints will be key to watch as higher than anticipated prints will likely be interpreted by the market as a signal for tighter Fed policy. If this plays out it will probably lead to some dollar strength. 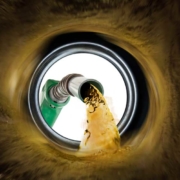